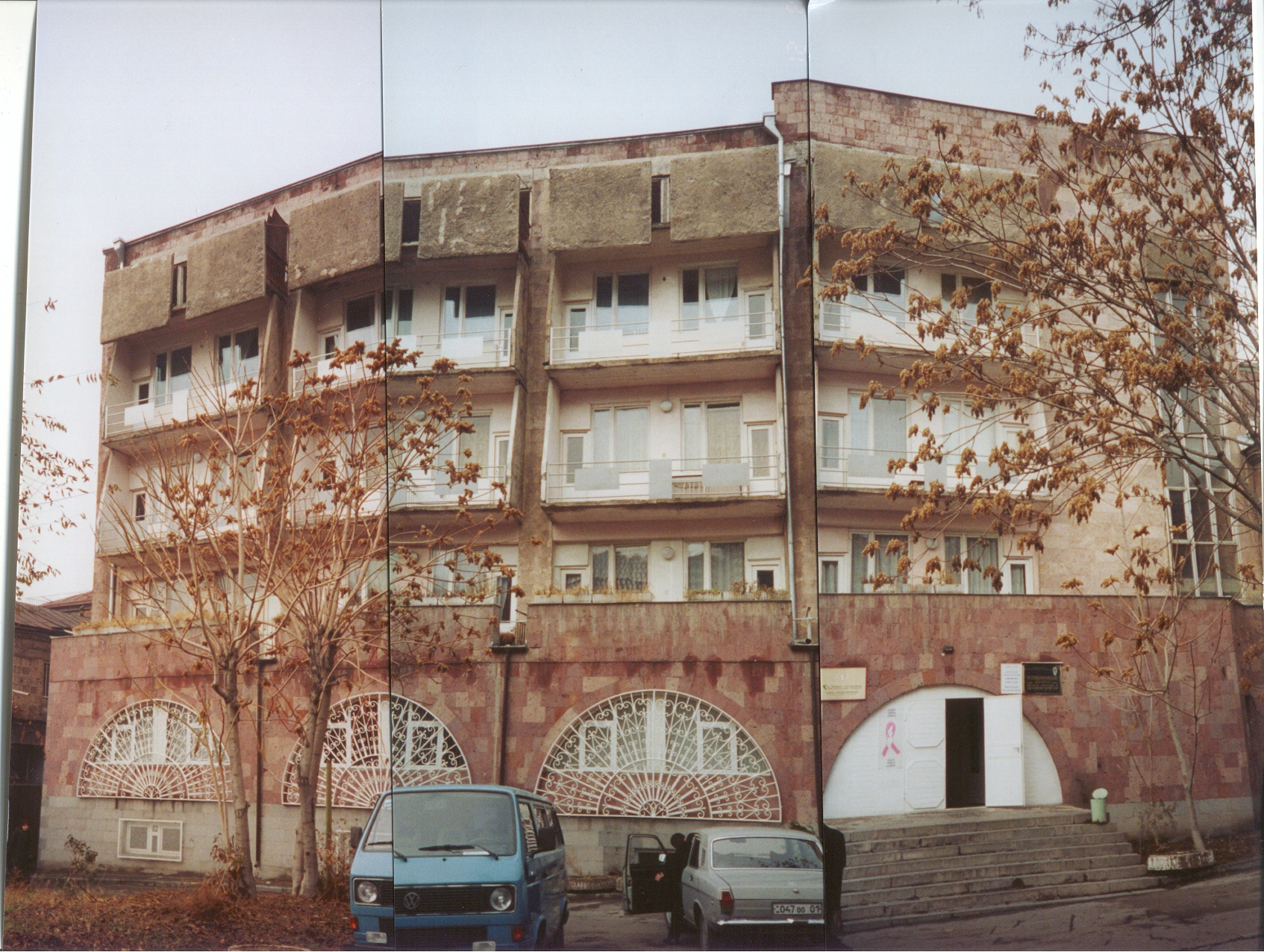 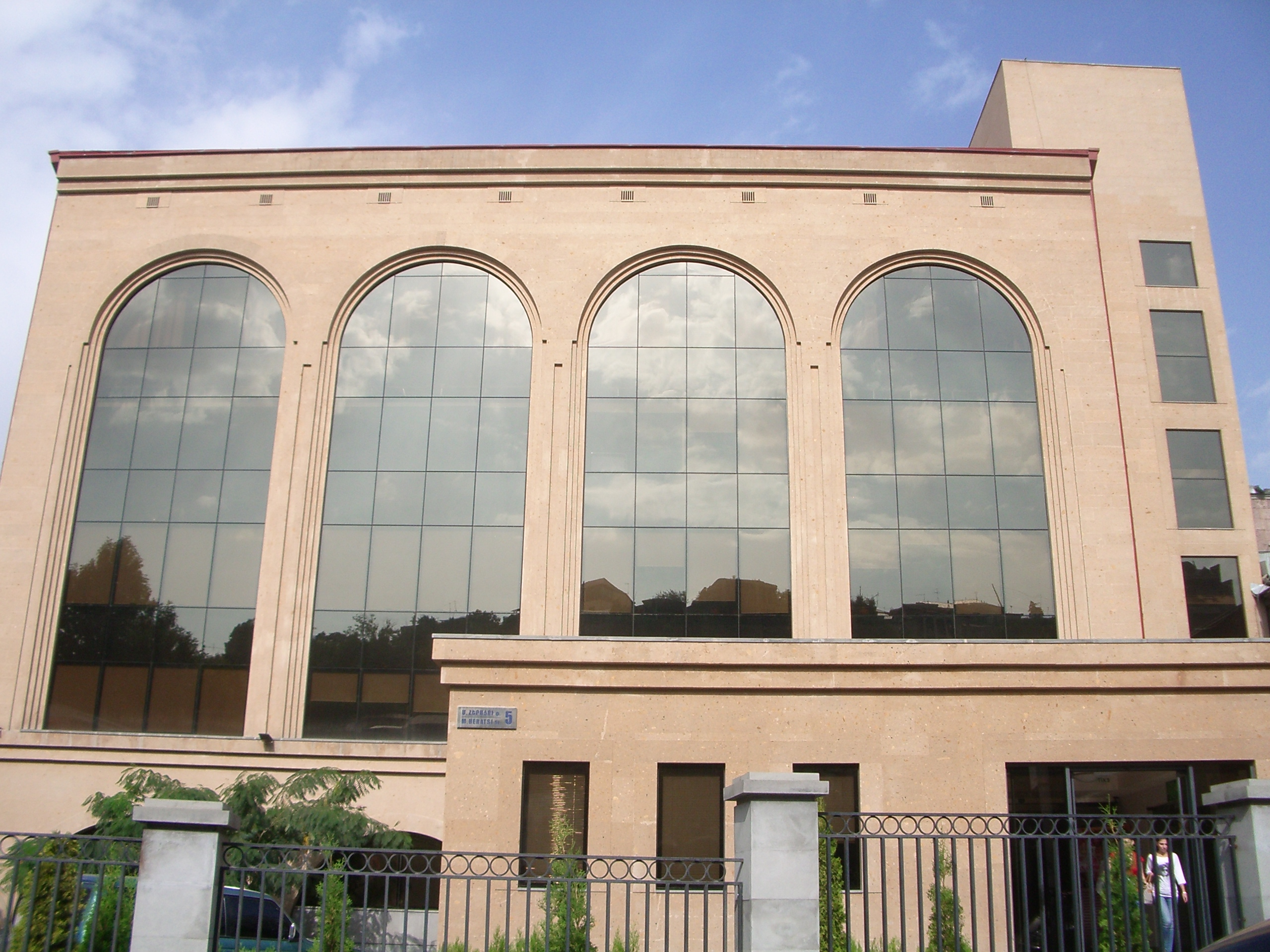 The architectural plans were conceived and coordinated by two architects, the late Vartkess Balian (a well-known architect & builder in the DC Metro area) and Osep Sarafian (a retired architect from Detroit-based Yamasaki Group) in consultation with architectural, structural and seismic reinforcement companies in the U.S. and Armenia. 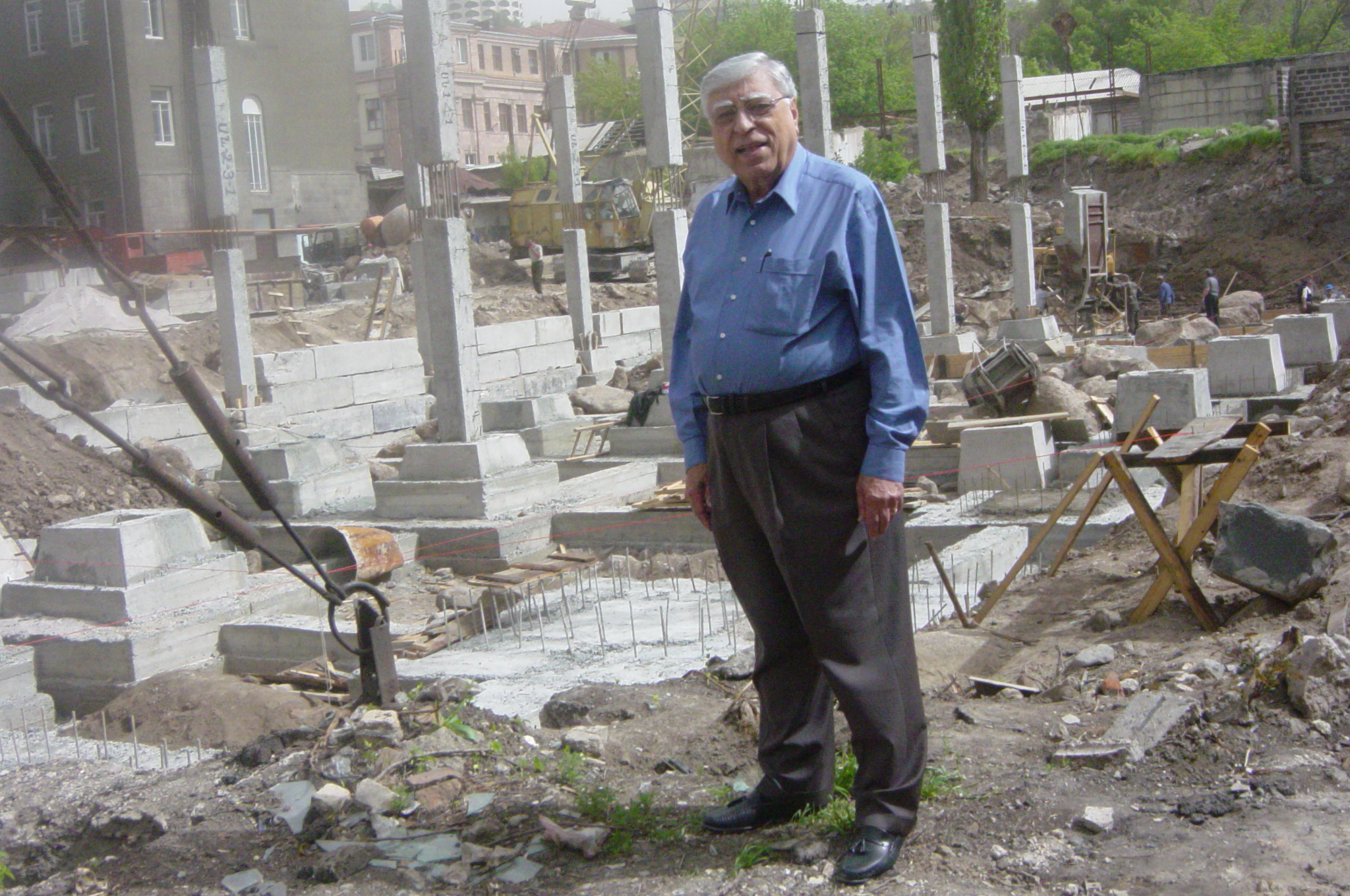 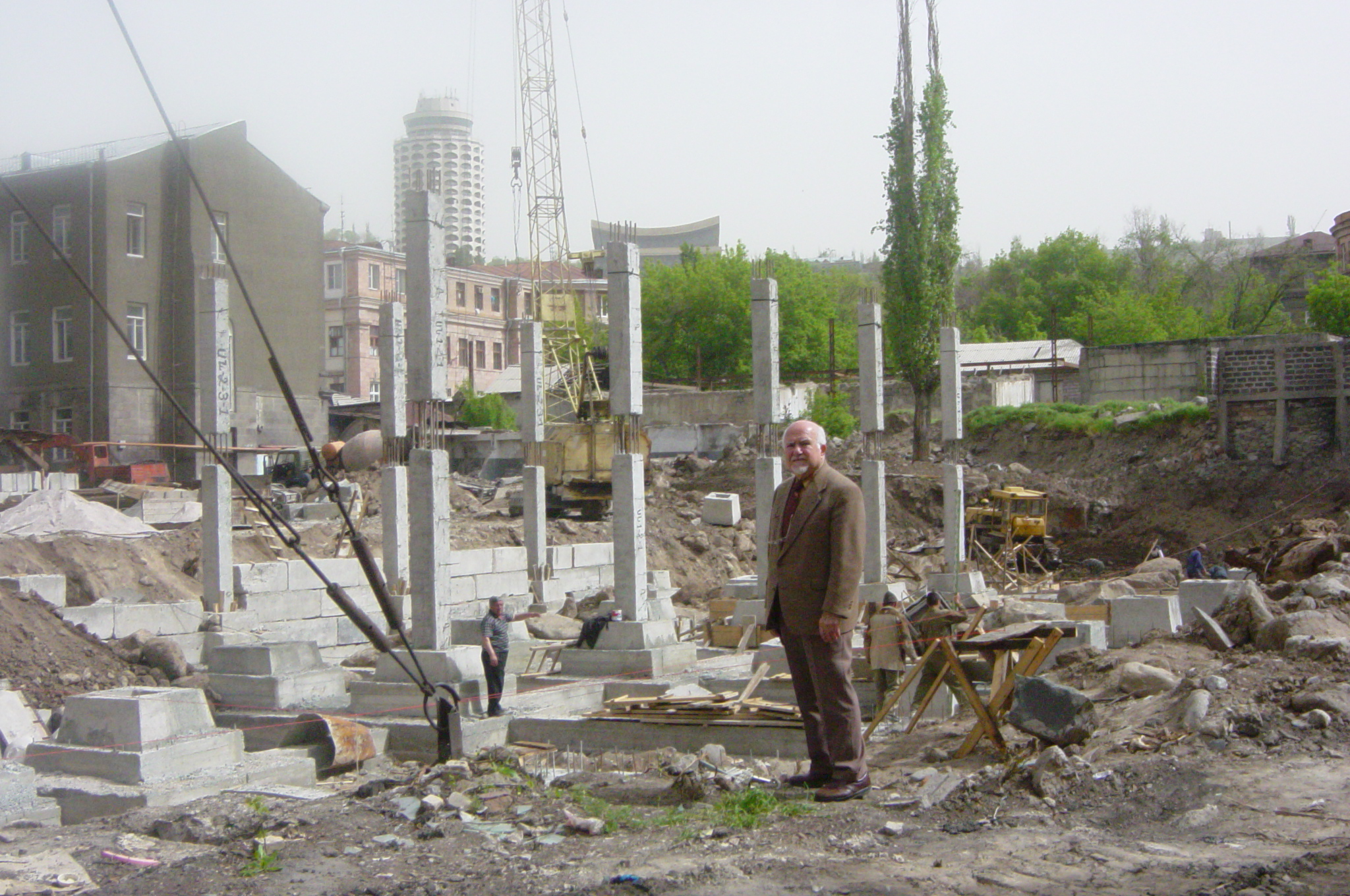 Reinforcement Work of the Building

The Wellness Center’s old Soviet-era building was completely overhauled, starting from its foundation, all the way to its roof.  All of its columns were reinforced using California seismic methods, exterior and interior walls were demolished and replaced with new outside tuff stone walls and interior dry walls.  Floor slabs were reinforced with cast iron and new concrete was poured on each floor to convert it into a monolithic structure for it to stand against earthquakes. Column reinforcement works were done through TYFO fiber wrap application by  FYFE Co, LLC of California. The building went through extensive reconstruction, expansion, seismic reinforcement and renovation.  The result is a six floor modern state-of-the-art facility based on Western architectural norms.

The Wellness Center has installed a Solar Roof Integrated PV System that is generating 10kW of clean renewable energy. 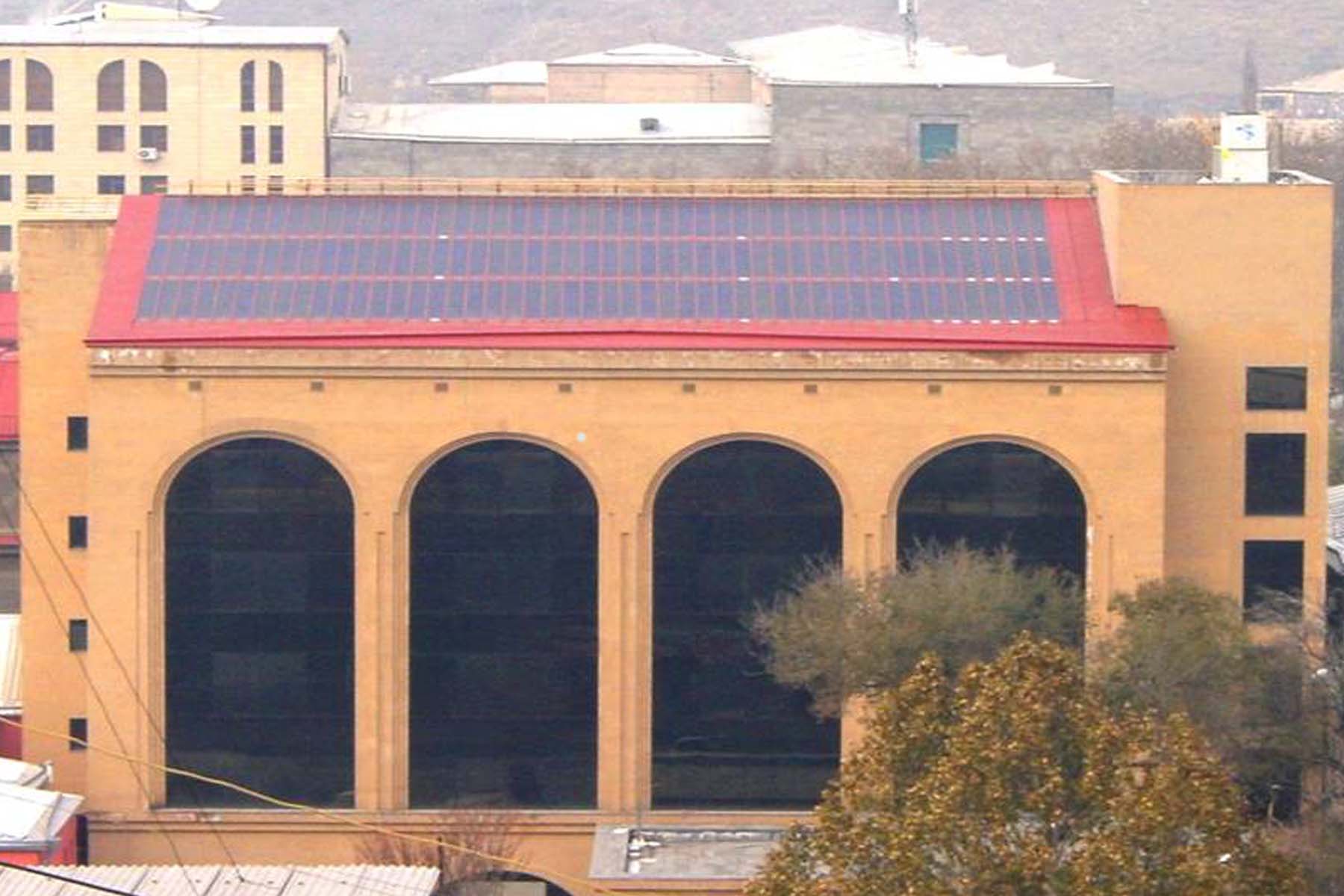 Solar Roof of the Building

Furthermore, the Center utilizes ecologically clean and renewable energy from an onsite power station combining solar energy with an innovative system known as Combined Heat and Power (CHP). This provides the Center with a reliable and economical source of 120KW energy. Of this, 10KW of photovoltaic (PV) power is utilized as part of a grid-connected system and will eventually be shared with the Yerevan municipality after working hours – a first in the entire former Soviet Union.